From the ONU president

Thank You and Farewell
My three year term as ONU President finishes following the ONU Annual General Meeting on 19 November, 2013. It has been an honour to serve the Old Newingtonians Union, to work with talented Old Boys and to contribute to this great school. My thanks to the ONU Executive Committee members  Mark Bland (ON ’83), John Carroll (ON ’52), Brad Gill (ON ’92), Robert Hill (ON ’55), Andrew McKirdy (ON ’96), Karl Watson (ON ’86) and Nigel Watson  (ON ’93), Joel Barnett (ON ’96) and James Godfrey (ON ’93). A special thank you for the fantastic support from Old Boys from my Class of 1981 – Grant Leonard, Ian Mayer, Adam Peruch and Richard Spira. I also thank the following Old Boys Peter Kuburlis (ON ’90), His Hon Greg Grogin (ON ’76), Mark Gilbert (ON ’75 ) and  Scott Brandon Smith (ON ’78) for their assistance. I thank all the members of the ONU Council who served with me.  Final thanks go to our major sponsors the Dedes Group, Con Dedes (ON ’87) and the Bank of Sydney.

ONU Achievements
I’m exceptionally proud of the ONU achievements during my term as President:

None of the above would be possible without the support provided by dedicated staff including Mylee Angelo, Mona De Araujo, Noelene Hugh-Smith, Maria Humphreys, Filomena Moretti, David Roberts and Alicia Toogood and the former Director of Development Lea Greifeneder. Finally, on behalf of the ONU, I congratulate the recently appointed Director of Development Mr Rod Bosman (ON ’78) – see College News and Events.

I hope to see many of you at next year’s Newington Golf Day at the Lakes Golf Club on Monday 3 March, 2014 and I also hope to see you all at the ONU AGM on Tuesday 19 November at 6.30pm in Prescott Hall. 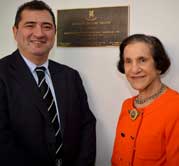 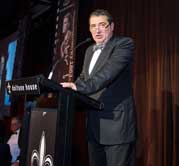 At the ONU Sesquicentenary Dinner in May 2013 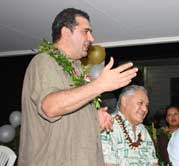 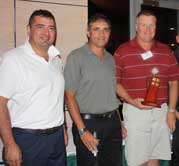 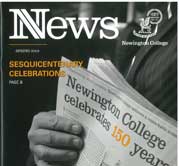