The Black and White wearing Green and Gold!

The ONU is very proud to advise that three Old Boys are currently in London representing Australia at the 2012 Olympics in their chosen sports.   Let’s all get behind these Old Boys as they chase Gold. By clicking on the links below you will be able to meet each athlete, read more about his path to the Olympics and also how you can follow him on twitter and send messages of encouragement and support from his Old School – Ya Ya Ego Ya!!!!

James started rowing in 1993 at Newington College and it was here that his passion for the sport was ignited. In 2012, Chapman won his fifth King’s Cup, having also taken the prestigious prize with NSW in 2011, 2010, 2008 and 2004.  To read more and meet James Chapman click here

James Clark (ON ’08) has enjoyed a metioric rise in the sport of Water Polo – having  made his senior international debut in 2012. James Clark heads into his first Olympic Games having played a little over 15 matches manning the goals for the Australian team. In that time however, he has collected a silver medal at the 2012 Water Polo Pan Pacs in Melbourne.  For more information and to meet James click here

Shane Rose began riding horses at a young age at the local pony club and competed in numerous events across multiple disciplines, including eventing and showjumping, throughout his school years.   As a part of the eventing team in Beijing 2008 Rose and  his horse All Luck won a silver medal, with the pair clocking the best cross country round of the event. He also placed 27th in the individual event.  To read more and meet Shane click here

And don’t forget that whilst some of our Old Boys are in London challenging themselves in their chosen sport, our current boys are here proudly wearing the Black and White as the Winter Sports season is well underway –  it would be great to see as many of our Old Boys as possible cheering on our current boys at their sporting fixtures, so whether its Rugby, Football or Volleyball the boys would love to have your support. 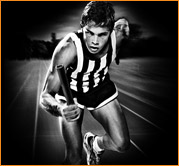 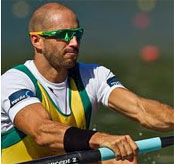 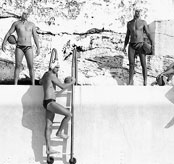 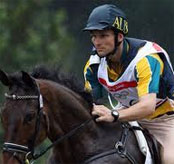