The AJ Rae Library and Resource Centre Sesquicentenary Building is now in use. Located within it is the “Old Boys Lecture Theatre” which will have 250 seats. Many members of the Newington Family have named a seat – not just Old Boys! Last edition we reported on why Walter Gates (ON ’57) decided to name three seats; two being in memory of his parents who also cherished their time at Newington.

118 seats of the 250 have now been named. Behind each seat there is a story. Here are a few …
“I’ve taken the opportunity to name a seat after the 1947 Head of the River VIII because as a member of this crew it was such a wonderful part of my time at Newington’ Leon Blackman (ON ’49)

“My husband cherished his time at Newington as a boy and throughout his life and so I thought it a lovely idea to name a seat, the Campbell Harvey (ON ’37) seat as a legacy’ Betty Harvey

“I’ve named two seats, one after Mum and Dad because of their contribution to my education; Dad’s contribution to the College Council and Old Boys, and Mum for always standing by him. My seat is just because I’m a proud Newingtonian and a Kelynack to boot!” James Keylnack (ON ’70)

So what’s your story?

Would you like to leave a dignified mark on a seat with a plaque and your name on the Honour Board which will be in the foyer? This can be done with a tax deductible gift of $4000 + which can be spread over up to four financial years.

For more information on Naming a Seat, please contact Lea Greifeneder – Director of Development on 9568 9540 or development@newingtoncollege.nsw.edu.au 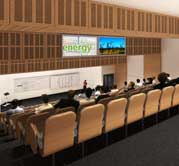